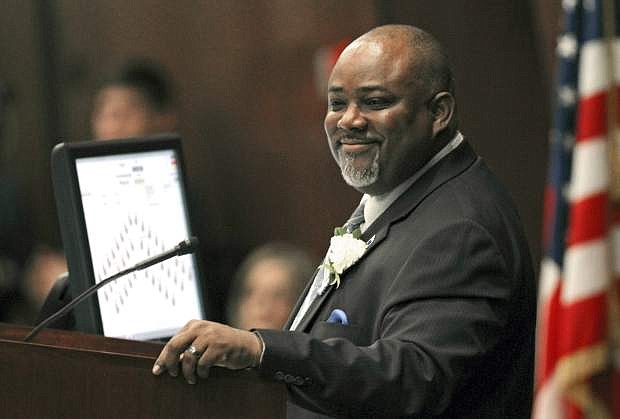 FILE - In this Feb. 6, 2017 file photo, Nevada Speaker of the Assembly Jason Frierson opens the legislative session in Carson City, Nev. Lawyers assigned to defend Alonso Perez, who is facing a death penalty trial in Las Vegas, are challenging Nevada&#039;s capital punishment law using an unusual argument. They blame the two most powerful Democrats in the state Senate and Assembly for killing discussion about two measures that aimed to repeal the death penalty as out-of-touch with today&#039;s voters and too expensive to continue. (AP Photo/Lance Iversen, File) 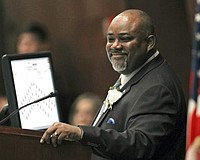 LAS VEGAS — Lawyers defending a man in three murder cases want a judge to declare capital punishment unconstitutional in Nevada after the two most powerful Democrats in the state Legislature, who also work as prosecutors, killed measures that aimed to repeal it.