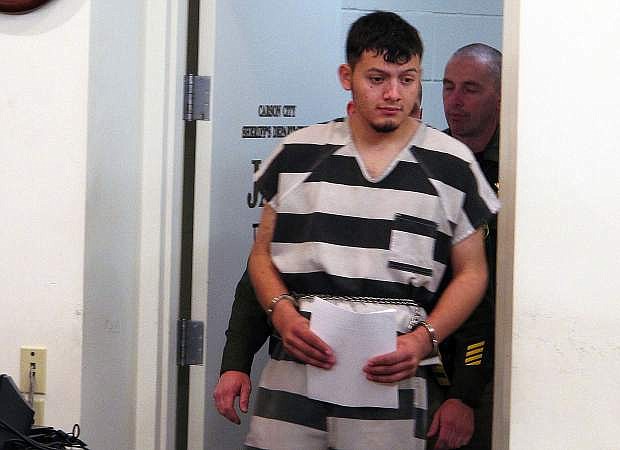 Wilber Ernesto Martinez-Guzman, 19, of El Salvador, is escorted into the courtroom for his initial appearance in Carson City Justice Court on Jan. 24. 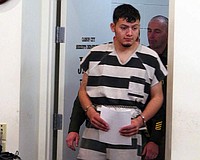 RENO — A lawyer for a Salvadoran immigrant charged with four Nevada murders says Washoe County prosecutors have no authority to try him in Reno for two killings that occurred outside the county and that his confession should be thrown out of court.