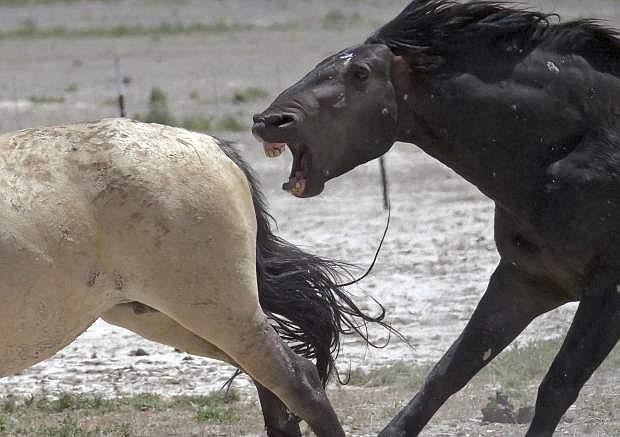 FILE - In this June 29, 2018 file photo, wild horses chase each other at a watering hole near Salt Lake City. Animal welfare groups have reached a milestone agreement with ranching interests to save wild mustangs from slaughter but the compromise has opened a nasty split among horse advocates. The Humane Society of the United States and the American Society for the Prevention of Cruelty to Animals say their proposal backed by the National Cattlemen&#039;s Beef Association and the American Farm Bureau Federation would eliminate the threat of slaughter for thousands of free-roaming horses primarily by spending millions of dollars on expanding fertility controls on the range. (AP Photo/Rick Bowmer,File) 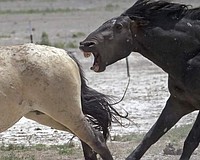 Some horse advocates buck at new plan to save wild mustangs