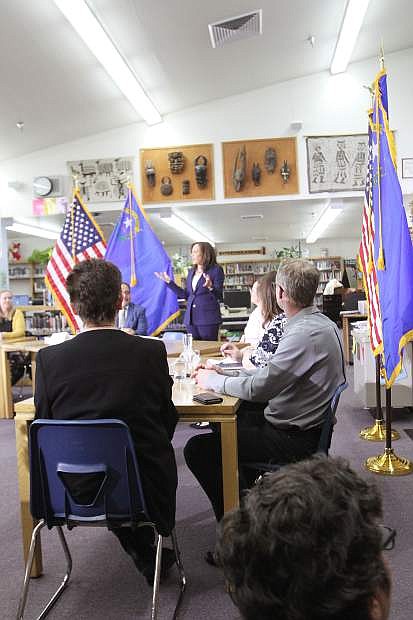 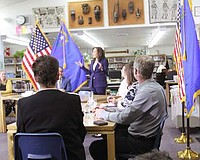 Sen. Kamala Harris of California, one of the first Democrats to announce a run for president next year, repeated her pledge Tuesday to pump billions in federal money into teacher salaries nationwide. She told a group of two dozen teachers gathered at Eagle Valley Middle School library when people ask about the money, they should be told to look instead at the “return on investment” that would create.