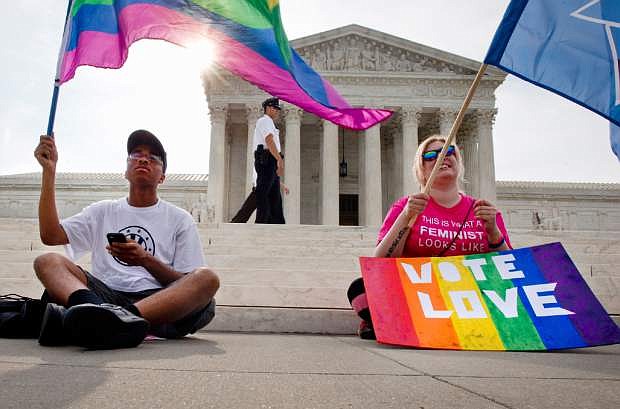 Carlos McKnight, 17, of Washington, left, and Katherine Nicole Struck, 25, of Frederick, Md., hold flags in support of gay marriage as security walks behind outside of the Supreme Court in Washington, Friday June 26, 2015. A major opinion on gay marriage is among the remaining to be released before the term ends at the end of June. (AP Photo/Jacquelyn Martin) 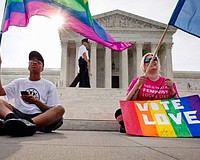