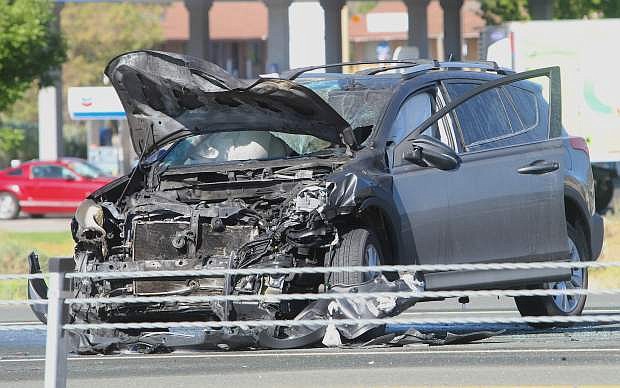 One vehicle caught fire in a multi-vehicle accident at Mica Drive and Highway 395 on Monday morning. 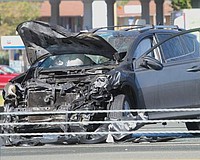 A Carson City man was taken into custody on Monday morning in connection with a five-vehicle collision at Highway 395 and Mica Drive that resulted in one of the vehicles catching fire. David Black, 34, was identified as the driver of a 2014 Toyota RAV4. Black was reportedly southbound on Highway 395 heading toward the Mica traffic signal where three other vehicles, a Chrysler Sebring, a pickup and a Ford Fusion were stopped in the fast lane at the light.