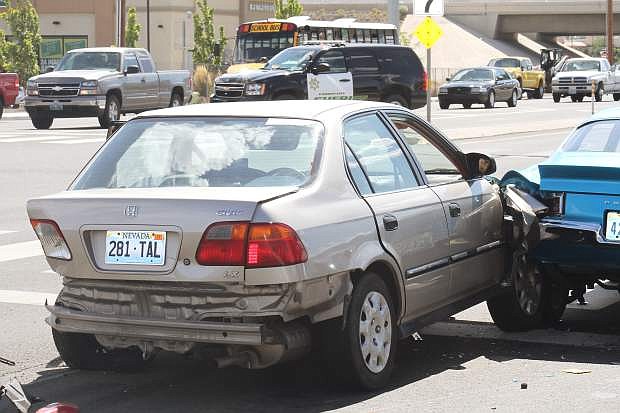 A Civic and Pontiac after a multi-car pile up on Thursday on Highway 50 in Carson City. 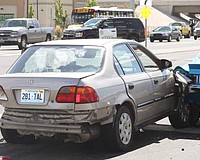 A multi-car accident blocked off parts of Highway 50 Thursday afternoon in Carson City. Four cars were involved in the primary accident, with two cars involved in a secondary accident on Highway 50 between Lompa Lane and Airport Road. The first accident occurred around 3:05 p.m. when a red Chevy Aveo, traveling west down the middle lane rear-ended a gray Civic, authorities said.