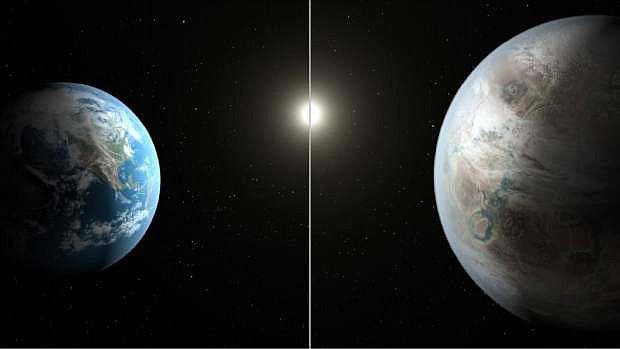 This artist&#039;s rendering made available by NASA on Thursday, July 23, 2015 shows a comparison between the Earth, left, and the planet Kepler-452b. It is the first near-Earth-size planet orbiting in the habitable zone of a sun-like star, found using data from NASA&#039;s Kepler mission. The illustration represents one possible appearance for the exoplanet - scientists do not know whether the it has oceans and continents like Earth. (NASA/Ames/JPL-Caltech/T. Pyle via AP) 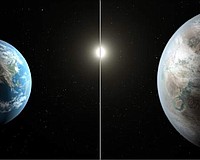 CAPE CANAVERAL, Fla. — Scientists have identified a “close cousin” to Earth that’s orbiting a sun-like star and might harbor life.