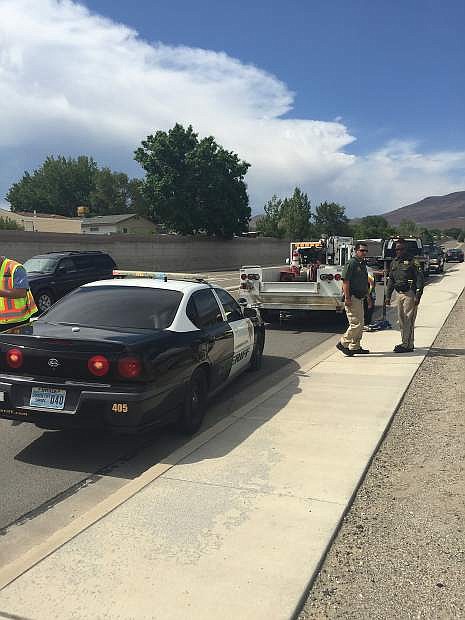 Sgt. Daniel Gonzales and Deputy T.J. Boggan stand nearby as men from the towing company try to put a new wheel on Boggan&#039;s patrol car. The car got a flat tire during a pursuit with a man on a scooter. 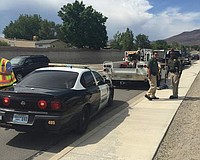 A Carson City man tried to evade deputies Friday by fleeing on a scooter. Deputies were called to pursue a man who tried to evade arrest after Carson City deputies attempted to pull the subject over at Woodside Drive. Deputies ran the registration on the scooter and it came back expired and registered to Joseph Scurti, an alleged drug dealer, who had two outstanding felony warrants, said deputies.