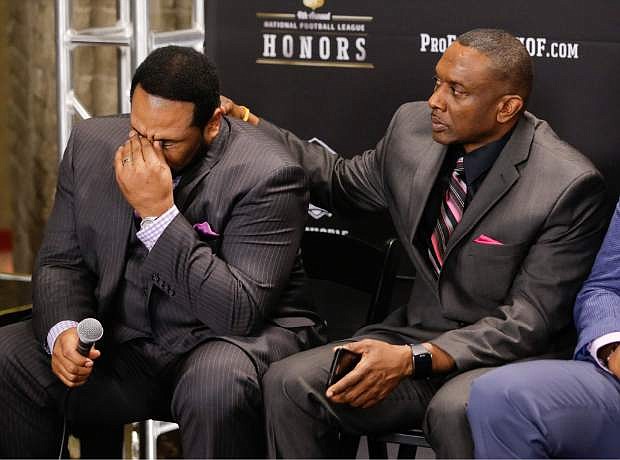 Former Pittsburgh Steelers running back Jerome Bettis, left, is consoled by former Oakland Raiders wide receiver Tim Brown, right, as Bettis talks about his parents as the NFL Pro Football Hall of Fame class of 2015 is introduced last January. Both soon-to-be Hall of Famers will play in the 26th-annual American Century Championship. 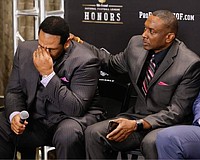