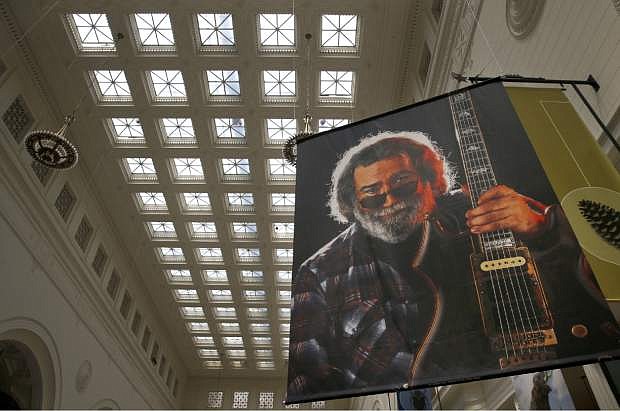 In this Tuesday, June 30, 2015, photo, a Herb Greene portrait of Jerry Garcia hangs as part of a Grateful Dead exhibit at the Field Museum in Chicago. The Dead are scheduled to perform multiple shows over the July 4th weekend at Soldier Field. (AP Photo/Charles Rex Arbogast) 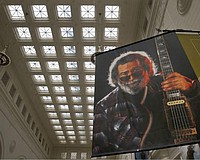 CHICAGO — The Grateful Dead is closing the lid on its storied half-century of concerts this weekend in Chicago, where a museum has captured the band’s prankster heart by displaying its artifacts, skeletons-and-roses iconography included, in the shadow of a world-famous dinosaur.