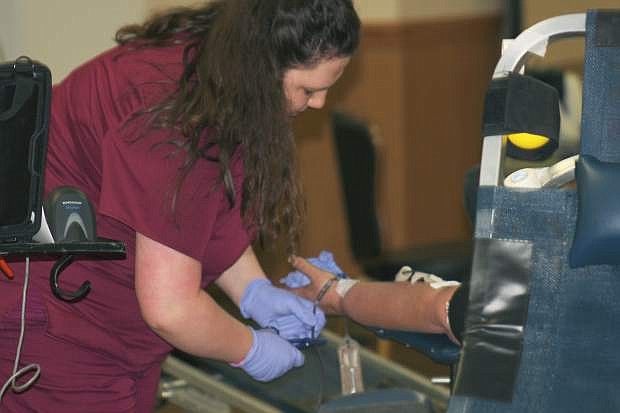 A phlebolomist prepares the equipment to begin taking a patron&#039;s blood at the Battle of the Badge blood drive Tuesday in Carson City. 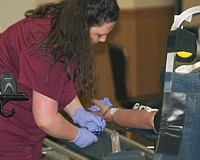 The United Blood Services held its annual Battle of the Badges blood drive Tuesday in Carson City. The blood drive was a friendly competition between the Carson City Sheriff’s Office and Fire Department to see who could donate the most blood. Patrons could choose which organization they wanted their donation points to go toward, with a trophy and bragging rights as the prize for the winning department. The fire department won with 40 points to the sheriff’s office’s 33.