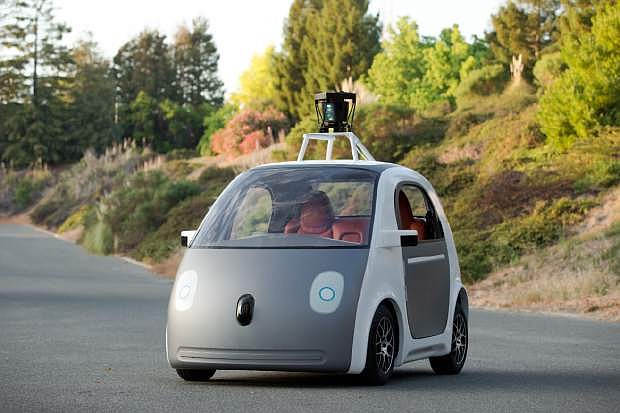 This undated image provided by Google, shows an early version of Google&#039;s prototype self-driving car. For the first time, California&#039;s Department of Motor Vehicles knows how many self-driving cars are traveling on the state&#039;s public roads. The agency is issuing permits, Tuesday, Sept. 16, 2014 that let three companies test 29 vehicles on highways and in neighborhoods. (AP Photo/Google, File) 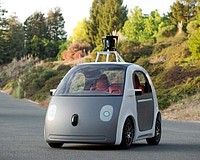