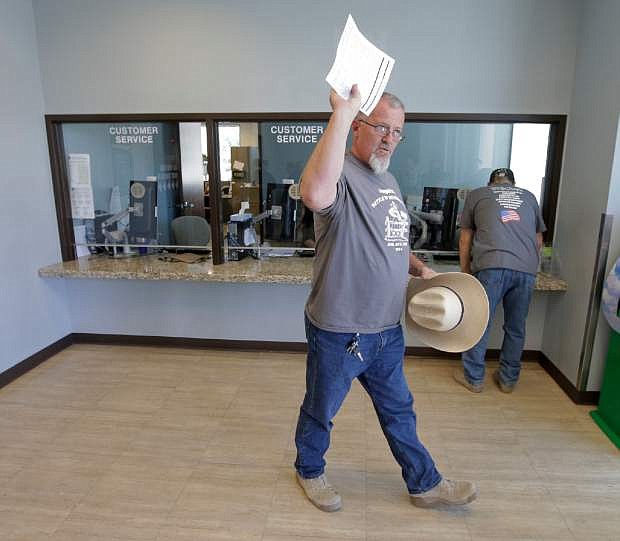 Sean Harron a supporter of rancher Cliven Bundy reacts after turning in his criminal complaint against the Bureau of Land Management at Metropolitan Police Department headquarters, Friday, May 2, 2014 in Las Vegas. Last month, federal agents launched a cattle roundup on the Bundy ranch after they refused a court order to remove their cattle from public land and pay a grazing fee.(AP Photo/Chris Carlson) 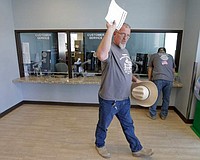