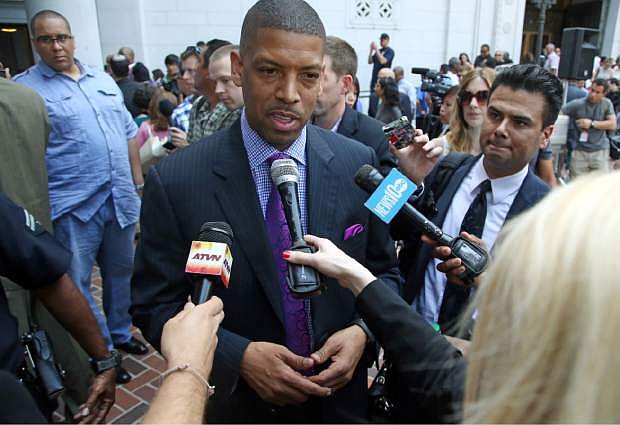 In this photo taken on April 29, 2014, Sacramento, Calif., Mayor Kevin Johnson speaks to reporters after his comments about the penalties imposed on Los Angeles Clippers owner Donald Sterling by the NBA at a news conference at Los Angeles City Hall. Last year Johnson almost single-handedly kept the Kings NBA franchise in Sacramento, staging a late-game comeback to snatch the team away from a Seattle billionaire. This spring he began raising his national political profile by taking over as the head of the U.S. Conference of Mayors, then acting as spokesman for the NBA players as the controversy over racist remarks by the Clippers&#039; owner threatened to throw the basketball league into turmoil. (AP Photo/Nick Ut) 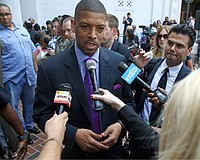