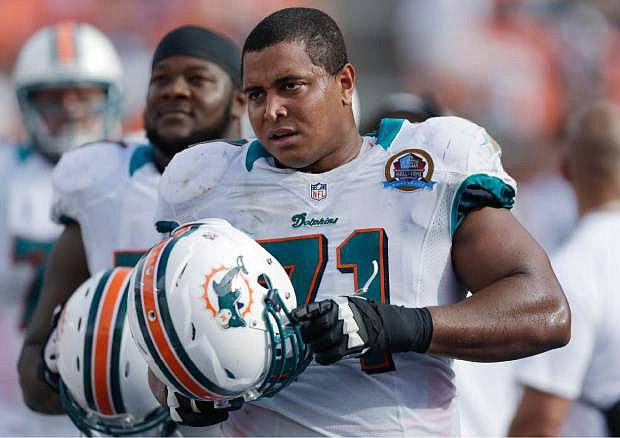 In this Dc. 16, 2012, photo, Miami Dolphins tackle Jonathan Martin (71) stands on the sidelines during the Dolphins&#039; NFL football game against the Jacksonville Jaguars in Miami. Martin, the offensive tackle at the center of the Dolphins&#039; bullying scandal, has been traded to the San Francisco 49ers. The Dolphins announced the deal Tuesday night, March 11, 2014, on the first day of NFL free agency. Martin&#039;s move cross country brings him back to the Bay Area to be reunited with his former Stanford coach, Jim Harbaugh. (AP Photo/Wilfredo Lee) 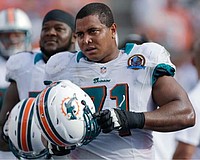