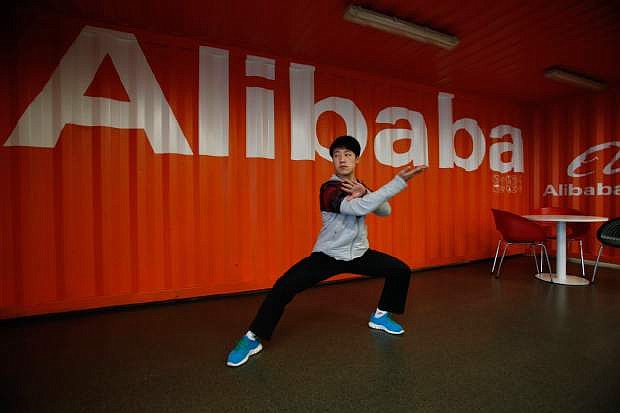 In this photo taken Tuesday March 26, 2013 and made available March 11, 2014, a worker performs shadow boxing during an open day at the Alibaba Group office in Hangzhou in east China&#039;s Zhejiang province. Ten companies including Internet giants Alibaba and Tencent have been picked to invest in China&#039;s first five privately owned banks, the industry&#039;s chief regulator said Tuesday, March 11, 2014. (AP Photo) CHINA OUT 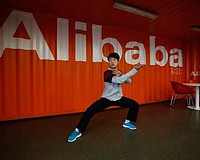