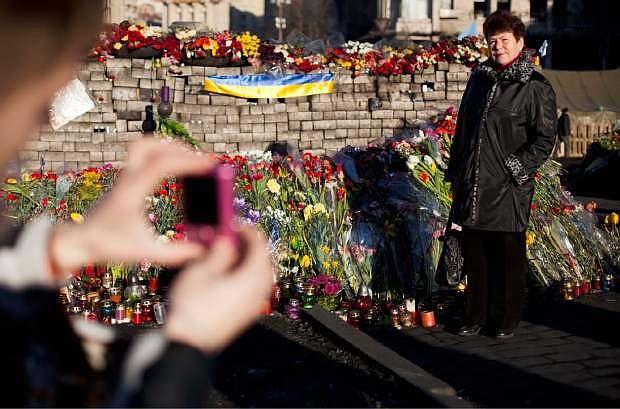 A woman poses for a photograph next to a wall composed of paving stones and adorned with flowers and candles placed in memory of those who died in clashes which took place in late February in Kiev&#039;s Independence Square, Ukraine, Tuesday, March 11, 2014. (AP Photo/David Azia)