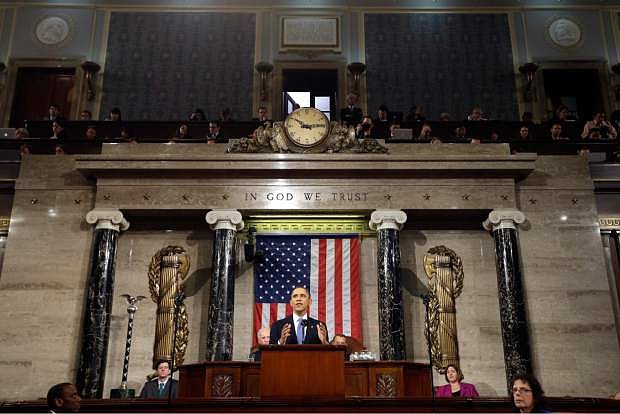 FILE - In this Feb. 12, 2013, file photo, President Barack Obama gives his State of the Union address during a joint session of Congress on Capitol Hill in Washington. Struggling to generate second-term momentum, Obama will confront a politically divided Congress with a demand to expand economic opportunity in America, asserting in his State of the Union address Tuesday that he will take action on his own if lawmakers fail to help shrink the income gap between the rich and the poor. (AP Photo/Charles Dharapak, Pool, File) 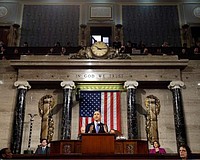 Obama to focus on economic opportunity