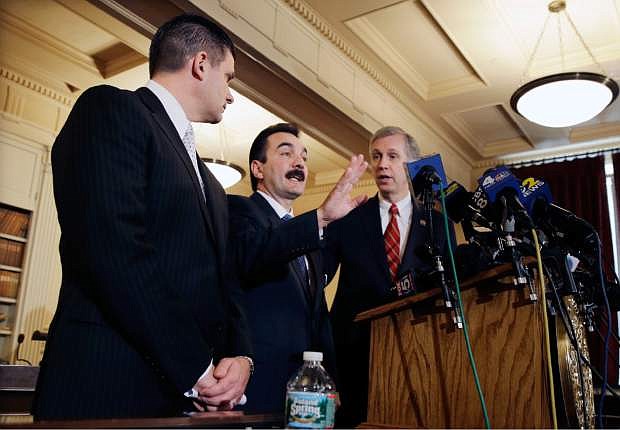 New Jersey Assemblymen John S. Wisniewski, right, D-Sayreville, N.J., and Loius D. Greenwald, left, D-Vorhees, N.J., listen as incoming Assembly Speaker Vincent Prieto, D-Secaucus, N.J., address the media. Monday, Jan. 13, 2014, in Trenton, N.J. The group announced a new special legislative committee will be tasked with finding out how high up New Jersey Gov. Chris Christie&#039;s chain of command a plot went that was linked through emails and text messages to a seemingly deliberate plan to create traffic gridlock in a town at the base of the George Washington Bridge after its mayor refused to endorse Christie for re-election. (AP Photo/Mel Evans) 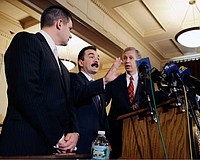