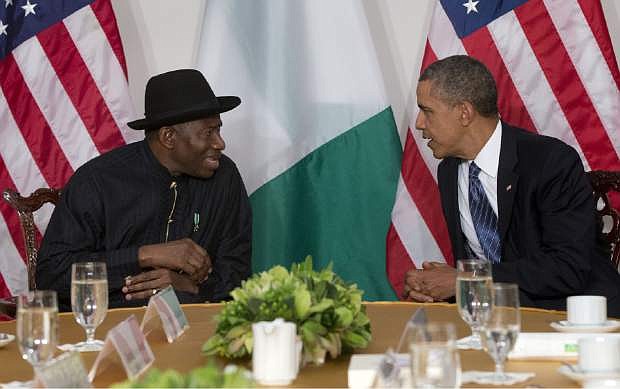 FILE - President Barack Obama meets with Nigerian President Goodluck Jonathan in New York, in this Monday, Sept. 23, 2013 file photo. The Associated Press on Monday Jan. 13 2014 obtained a copy of the previously unannounced Same Sex Marriage Prohibition Act that was signed by President Jonathan and dated Jan. 7 that bans same-sex marriage and criminalizes homosexual associations, societies and meetings, with penalties of up to 14 years in jail. Secretary of State John Kerry said Monday the United States was &quot;deeply concerned&quot; by a law that &quot;dangerously restricts freedom of assembly, association, and expression for all Nigerians.&quot; (AP Photo/Pablo Martinez Monsivais, File) 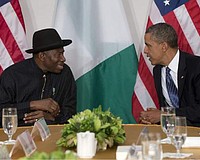