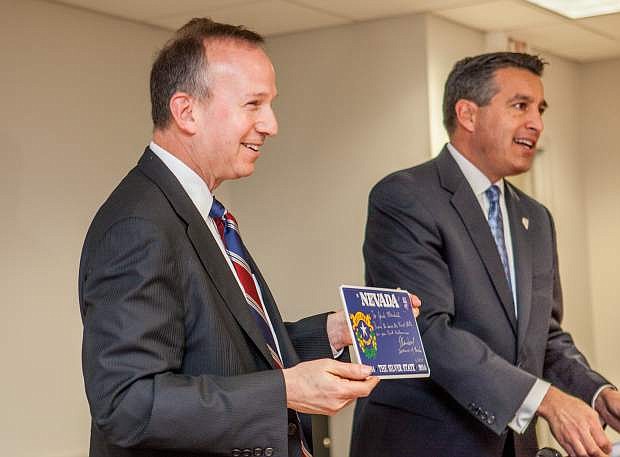 Delaware Governor Markell holds a Nevada Licence plate that was presented by Nevada Gov. Brian Sandoval during a news conference, Tuesday, Feb. 25, 2014 in Wilmington, Del. Poker players in Delaware and Nevada will soon be allowed to compete against one another online. Markell and Sandoval signed a multi-state Internet gambling agreement on Tuesday that establishes a legal framework allowing residents of the two states to play online poker against each other. The agreement also allows other states to join the agreement with the approval of existing members. (AP Photo/The Wilmington News-Journal, Robert Craig) NO SALES 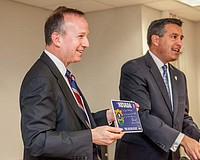