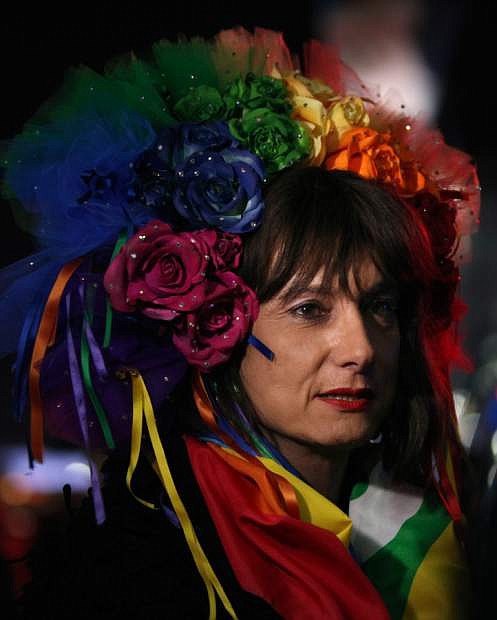 Vladimir Luxuria, a former Communist lawmaker in the Italian parliament and prominent crusader for transgender rights, walks in Olympic Park at the 2014 Winter Olympics, Monday, Feb. 17, 2014, in Sochi, Russia. Luxuria said she was detained by police at the Olympics after being stopped while carrying a rainbow flag that read in Russian: &quot;Gay is OK.&quot; Police on Monday denied this happened. (AP Photo/Steve Barker) 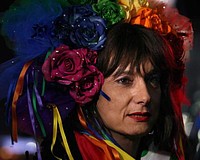