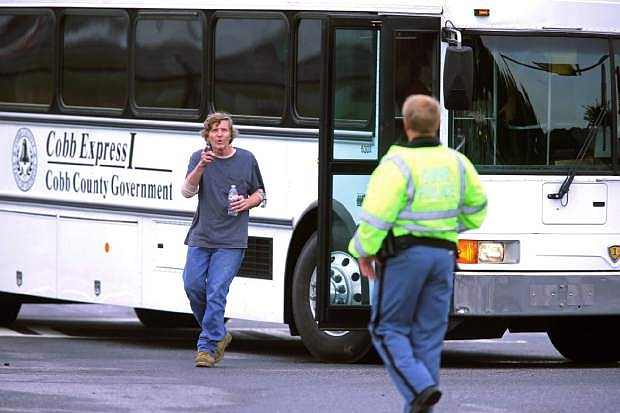 FedEx employee David Chumley, left, talks to a Cobb County Police officer after he was bused out of a blocked-off area after an early morning workplace shooting at the Airport Road FedEx facility, Tuesday, April 29, 2014, in Kennesaw, Ga. A shooter opened fire at the FedEx center wounding at least six people before police swarmed the facility. The shooter was found dead from an apparent self-inflicted gunshot wound. (AP Photo/Jason Getz) 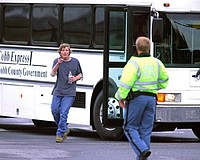