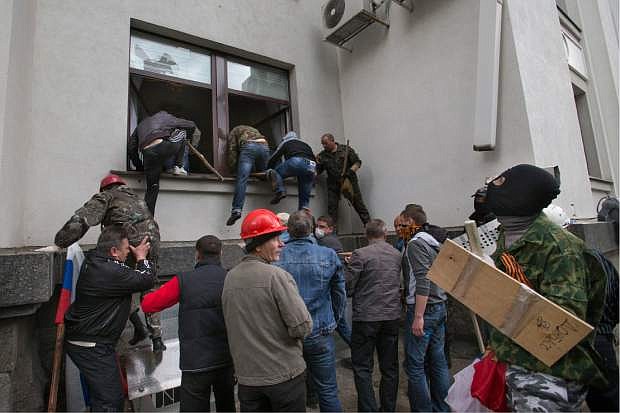 Pro-Russian activists storm an administration building in the center of Luhansk, Ukraine, one of the largest cities in Ukraine&#039;s troubled east, Tuesday, April 29, 2014, as demonstrators demand greater autonomy for Ukraine&#039;s regions. The action on Tuesday further raises tensions in the east, where insurgents have seized control of police stations and other government buildings in at least 10 cities and towns.(AP Photo/Alexander Zemlianichenko) 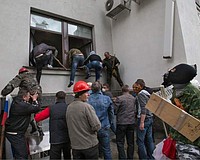