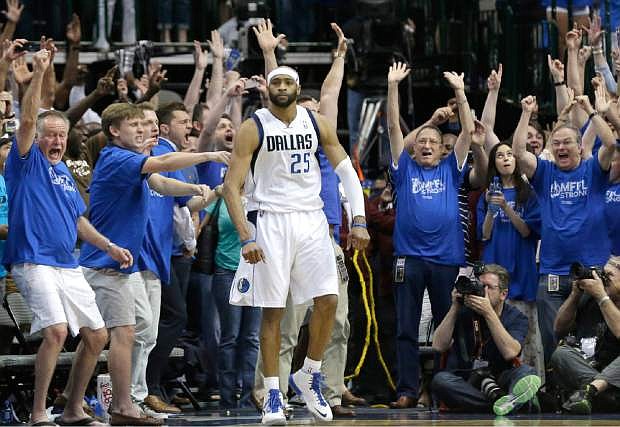 Fans cheer as Dallas Mavericks guard Vince Carter stands in the corner after he made the game-winning 3-point basket at the buzzer in the fourth quarter against the San Antonia Spurs in Game 3 in the first round of the NBA basketball playoffs in Dallas, Saturday, April 26, 2014. The Mavericks won 109-108. (AP Photo/LM Otero) 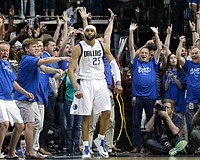