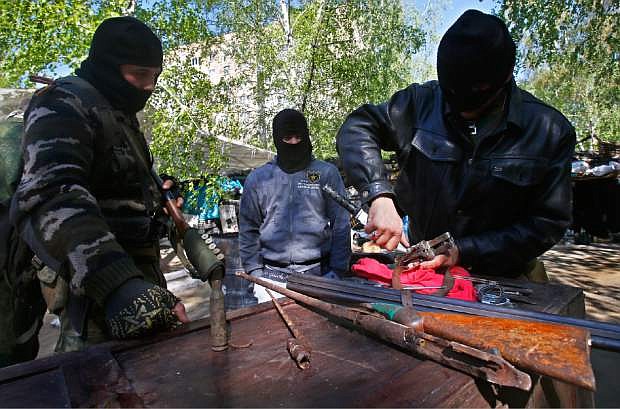 Pro Russian masked militants refurbish old rifles in Slovyansk , eastern Ukraine, Friday, April 25, 2014. Russian Foreign Minister Sergey Lavrov has accused the West of plotting to control Ukraine and said the pro-Russian insurgents in the southeast would lay down their arms only if the Ukrainian government clears out the Maidan protest camp in the capital Kiev. (AP Photo/Sergei Grits) 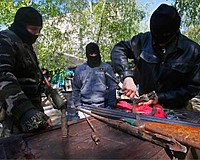