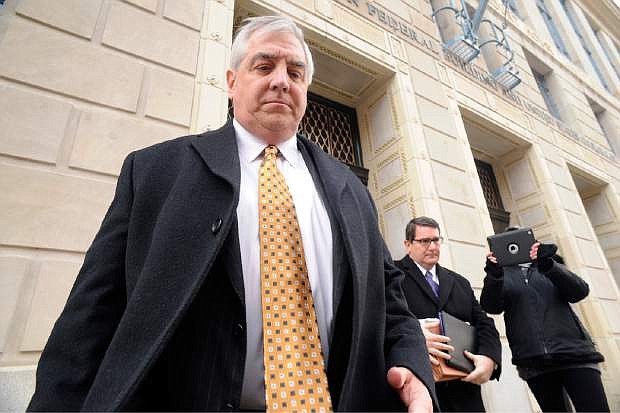 FILE - Robert Mericle leaves the William J Nealon Federal Building and United States Courthouse, in this Feb. 26, 2014 file photo taken in Scranton, Pa. The developer at the center of one of the biggest judicial scandals in U.S. history is scheduled to be sentenced Friday April 25, 2014 in northeastern Pennsylvania. (AP Photo/The Citizens&#039; Voice, Mark Moran, File) 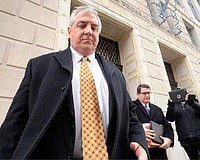