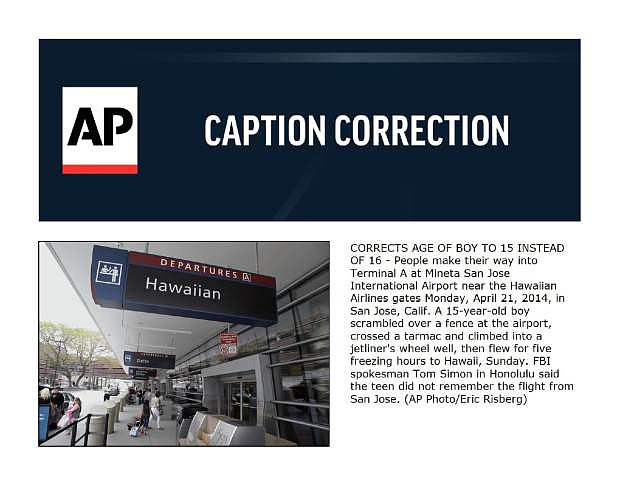 CORRECTS AGE OF BOY TO 15 INSTEAD OF 16 - People make their way into Terminal A at Mineta San Jose International Airport near the Hawaiian Airlines gates Monday, April 21, 2014, in San Jose, Calif. A 15-year-old boy scrambled over a fence at the airport, crossed a tarmac and climbed into a jetliner&#039;s wheel well, then flew for five freezing hours to Hawaii, Sunday. FBI spokesman Tom Simon in Honolulu said the teen did not remember the flight from San Jose. (AP Photo/Eric Risberg) 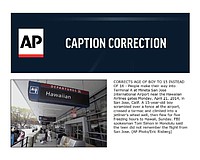 Airport official: Teen stowaway didn’t know he was in Maui