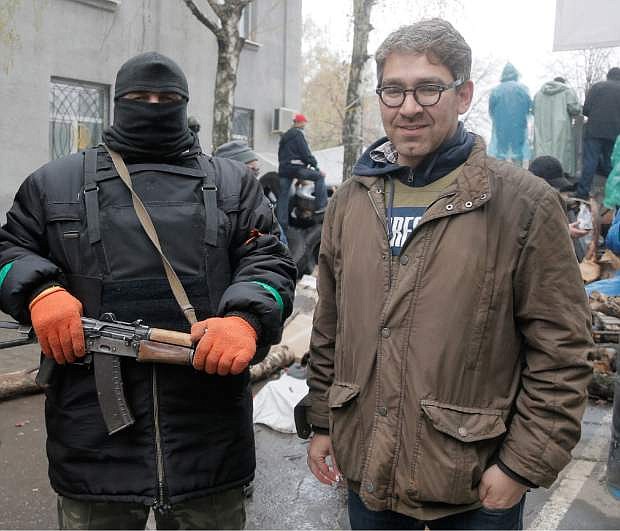 In this photo taken on Sunday, April 13, 2014, a U.S. reporter Simon Ostrovsky, right, stands with a Pro-Russian gunman at seized police station in the eastern Ukraine town of Slovyansk. Pro-Russian gunmen in eastern Ukraine admitted on Wednesday April 23, 2014, that they are holding captive American journalist for Vice News Simon Ostrovsky who has not been seen since early Tuesday. Ostrovsky has been covering the crisis in Ukraine for some weeks and was reporting about groups of masked gunmen seizing government buildings in eastern Ukrainian. (AP Photo/Efrem Lukatsky) 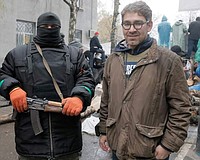