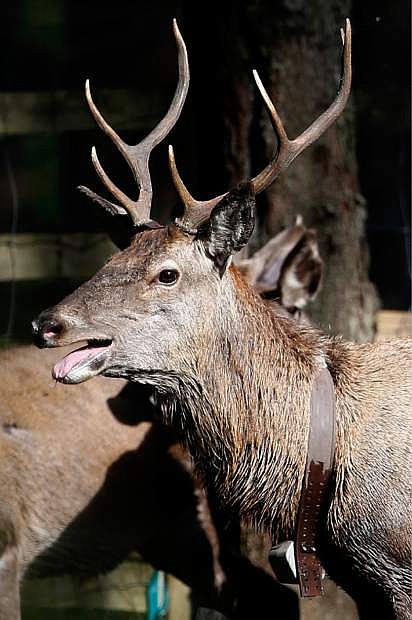 In this picture taken near the town of Harrachov, Czech Republic, on Tuesday, April 8, 2014 stag walks in a winter enclosure. The Iron Curtain was traced by a real electrified barbed-wire fence that isolated the communist world from the West. It was an impenetrable Cold War barrier _ and for some inhabitants of the Czech Republic it still is. Deer still balk at crossing the border with Germany even though the physical fence came down a quarter century ago, with the painful Cold War past apparently still governing their behavior, new studies show. (AP Photo/Petr David Josek) 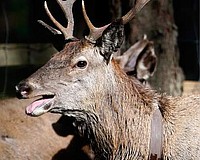