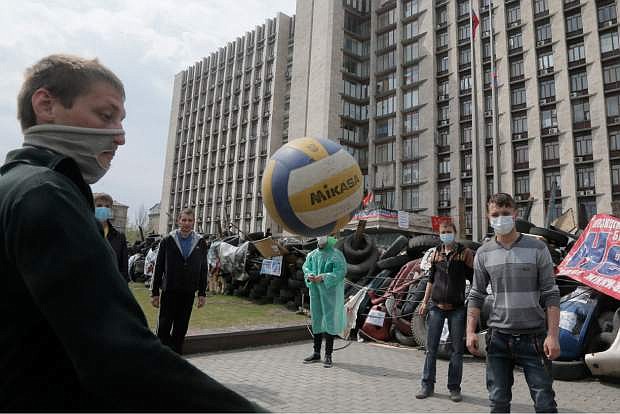 Masked pro-Russian activists play with a ball as they guard a barricade at the regional administration building that they had seized earlier in Donetsk, Ukraine, Saturday, April 19, 2014. Pro-Russian insurgents defiantly refused Friday to surrender their weapons or give up government buildings in eastern Ukraine, despite a diplomatic accord reached in Geneva and overtures from the government in Kiev. (AP Photo/Efrem Lukatsky) 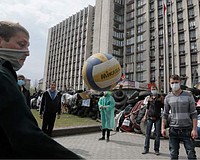