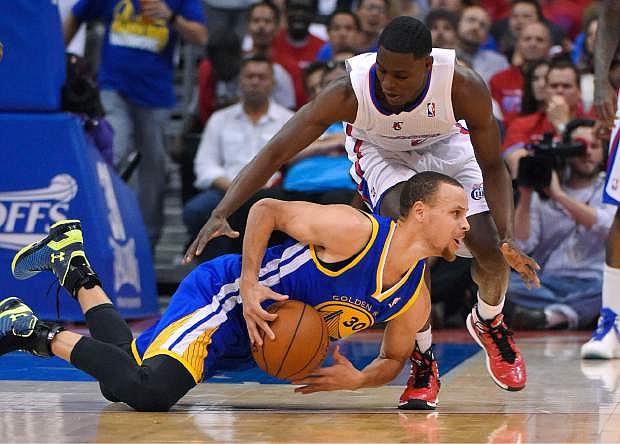 Golden State Warriors guard Stephen Curry, below, tries to pass the ball from the floor under pressure from Los Angeles Clippers guard Darren Collison during the second half in Game 1 of an opening-round NBA basketball playoff series, Saturday, April 19, 2014, in Los Angeles. The Warriors won 109-105. (AP Photo/Mark J. Terrill) 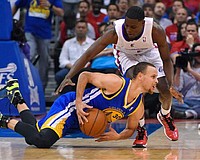