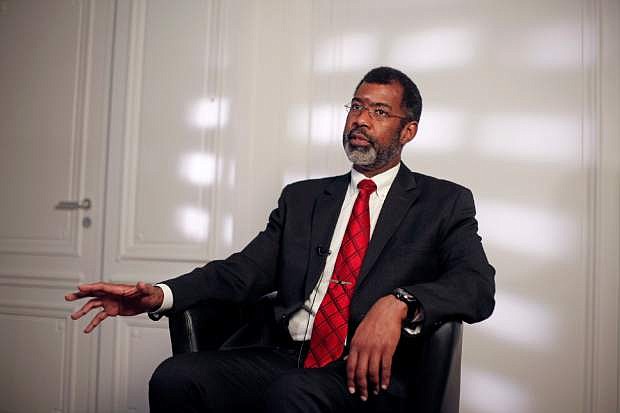 In this photo taken on Monday, April 14, 2014, incoming Nuclear Energy Agency chief William Magwood gestures during an interview with The Associated Press, in Paris. Tiny nuclear power plants that could be far cheaper to build than their behemoth counterparts could herald the future for an energy industry that has come under scrutiny since the Fukushima disaster. In the United States, Magwood hopes the modular reactors will replace outdated coal plants. (AP Photo/Thibault Camus) 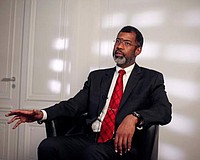