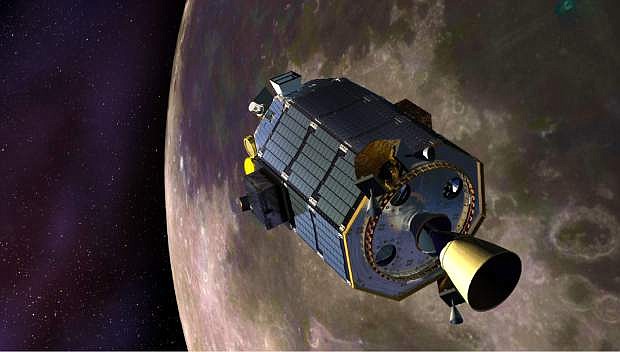 In this artist&#039;s concept provided by NASA, the Lunar Atmosphere and Dust Environment Explorer (LADEE) spacecraft orbits the moon. Flight controllers on Friday, April 18, 2014 confirmed that the orbiting spacecraft crashed into the back side of the moon as planned, just three days after surviving a full lunar eclipse, something it was never designed to do. (AP Photo/NASA, Dana Berry) 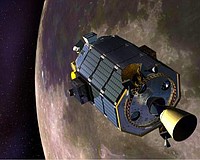 Moon-orbiting robot crashes down as planned