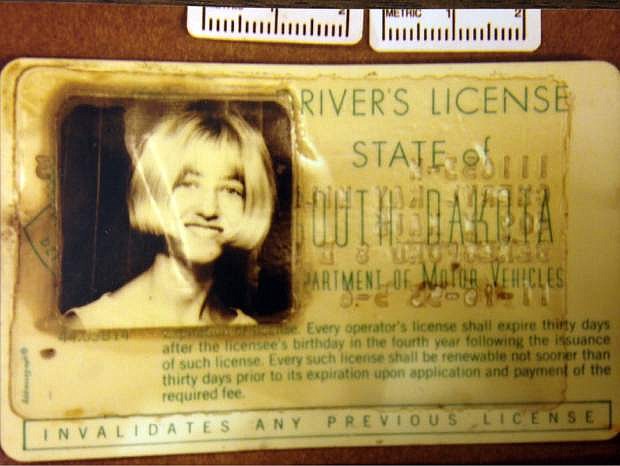 FILE - In this photo provided by the South Dakota Attorney Generals Office is Cheryl Miller&#039;s driver&#039;s license that was found in a 1960 Studebaker pulled from a creek near Alcester, S.D. Miller and Pamella Jackson were last seen on May 19, 1971 driving to a gathering with classmates to celebrate the end of the school year. On April 15, 2014 authorities confirmed the 43-year-old mystery of the girls disappearance was solved and that the two 17-year-olds had died after driving into the creek. (AP Photo/South Dakota Attorney Generals Office, File) 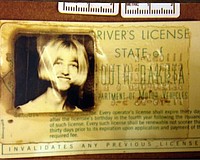