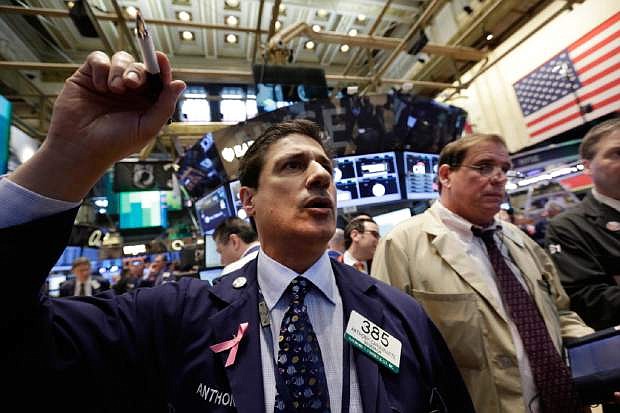 FILE - In this Friday, April 11, 2014 file photo, trader Anthony Carannante, left, works on the floor of the New York Stock Exchange. Major U.S. stock indexes rose in afternoon trading Thursday, April 17, 2014, as investors reacted to quarterly results from a batch of U.S, companies. Google, IBM and insurer UnitedHealth were among the biggest decliners, while General Electric and Morgan Stanley were among the largest gainers. (AP Photo/Richard Drew, File) 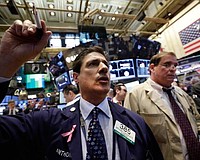