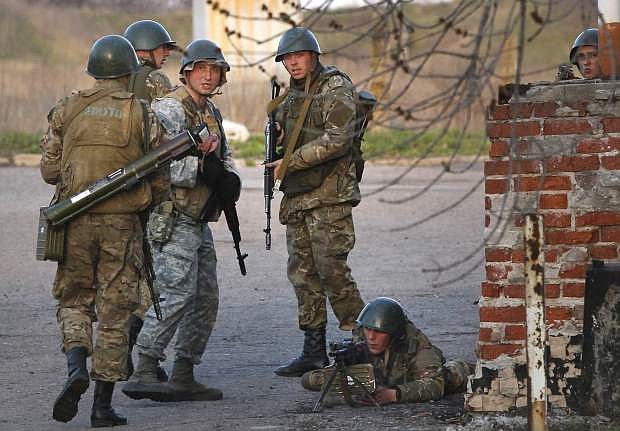 Ukrainian army troops set up a position at an airport in Kramatorsk, eastern Ukraine, Tuesday, April 15, 2014. In the first Ukrainian military action against a pro-Russian uprising in the east, government forces clashed Tuesday with about 30 armed gunmen at a small airport in Kramatorsk. (AP Photo/Sergei Grits) 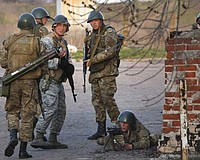