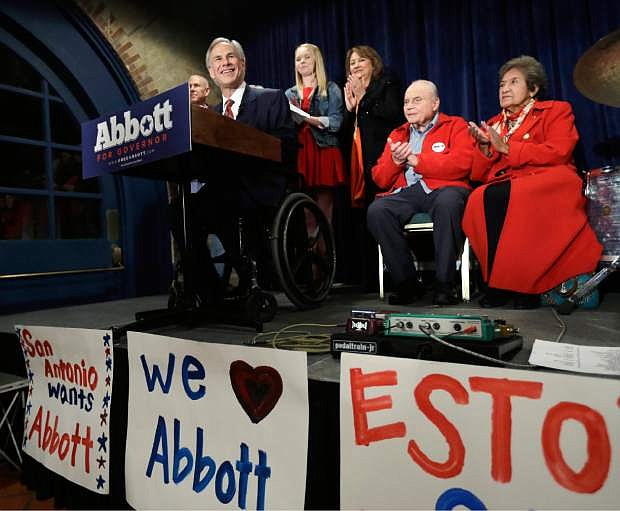 FILE - In this March 4, 2014, file photo, Texas Republican gubernatorial candidate General Greg Abbott, left, talks to supporters in San Antonio. Both Abbott and his Democratic opponent Wendy David are courting conservative voters and both support capital punishment. But Abbott is due, as attorney general, to issue a legal decision on whether the public can know where Texas gets its executions drugs. It&#039;s a dilemma that could put him in a difficult position with some voters _ and in a strange twist, one that Davis can&#039;t easily exploit. (AP Photo/Eric Gay, File) 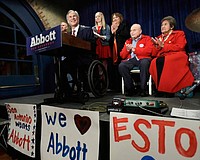