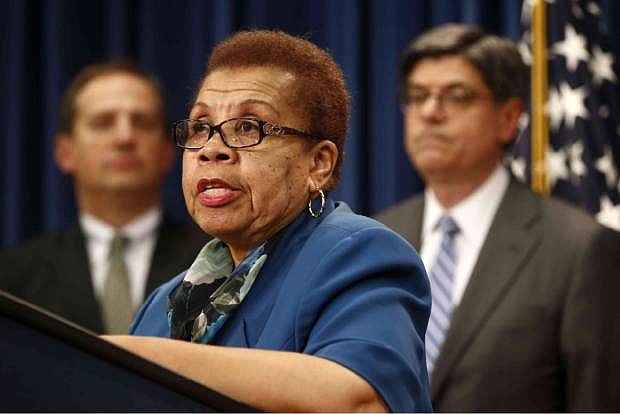 FILE - In this May 31, 2013, file photo, acting Social Security Commissioner Carolyn W. Colvin, center, accompanied by Acting Labor Secretary Seth D. Harris, left, and Treasury Secretary Jacob Lew, speaks during a news conference about Social Security and Medicare in Washington. The Social Security Administration is suspending a program in which thousands of people were having their tax refunds seized to recoup overpayments that happened more than a decade ago. Colvin said Monday, April 14, 2014, she has directed an immediate halt to the program while the agency does a review. (AP Photo/Charles Dharapak, File) 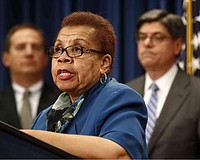