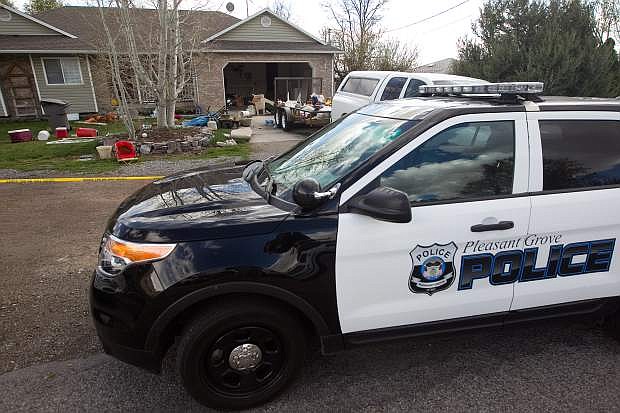 CLARIFIES TO FORMER HOME-Authorities investigate a crime scene at a house in Pleasant Grove, Utah, Sunday, April 13, 2014. According to the Pleasant Grove Police Department, seven dead infants were found in the former home of Megan Huntsman, 39. Huntsman was booked into jail on six counts of murder. (AP Photo/Daily Herald, Mark Johnston) 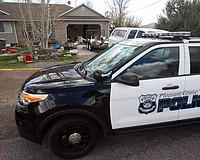