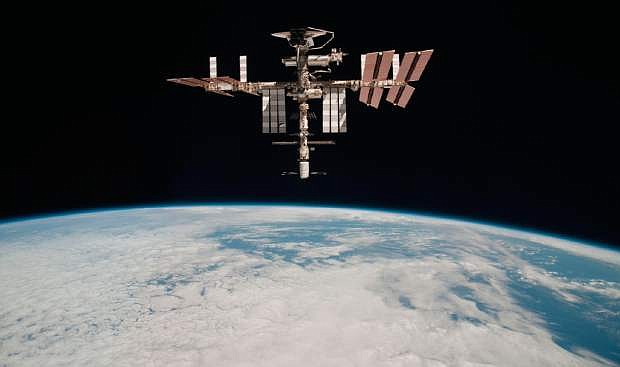 FILE - This May 23, 2011 photo released by NASA shows the International Space Station at an altitude of approximately 220 miles above the Earth, taken by Expedition 27 crew member Paolo Nespoli from the Soyuz TMA-20 following its undocking. A computer outage at the International Space Station may require a spacewalk by astronauts and threatens to delay next week&#039;s launch of a commercial supply ship for NASA. NASA said Friday night April 11, 2014 that a backup computer on the outside of the orbiting lab is not responding to commands. (AP Photo/NASA, Paolo Nespoli) 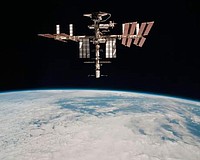