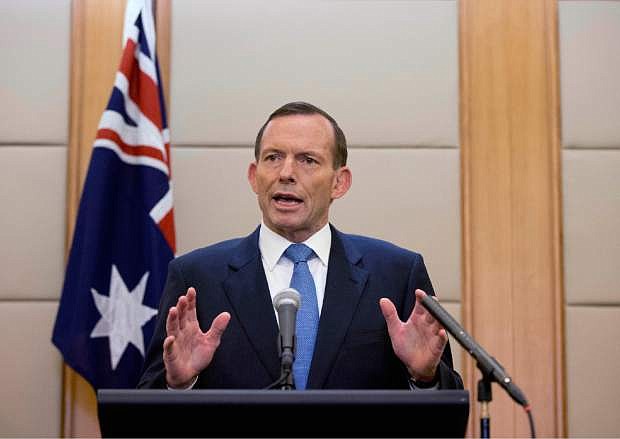 Australian Prime Minister Tony Abbott speaks during a press conference at a hotel in Beijing, China Saturday, April 12, 2014. Abbott told Chinese President Xi Jinping during their meeting on Friday that he was confident signals heard by an Australian ship towing a U.S. Navy device that detects flight recorder pings are coming from the missing Malaysian Airlines Flight 370. Officials believe the plane flew off course for an unknown reason and went down in the southern Indian Ocean off the west coast of Australia. (AP Photo/Andy Wong) 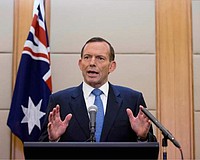