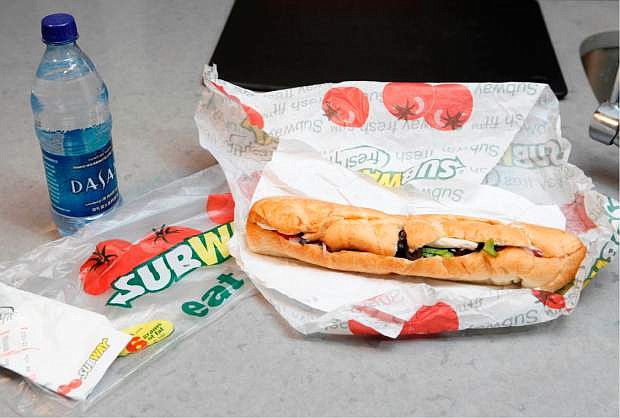 FILE - This Aug. 11, 2009, file photo, shows a chicken breast sandwich and water from Subway on a kitchen counter in New York. Subway says an ingredient dubbed the &quot;yoga mat&quot; chemical will be entirely phased out of its bread by the week of April 14, 2014. The disclosure comes as Subway has suffered from an onslaught of bad publicity since a food blogger petitioned the chain to remove the ingredient. (AP Photo/Seth Wenig, File) 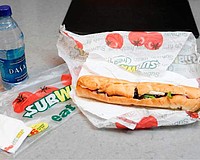