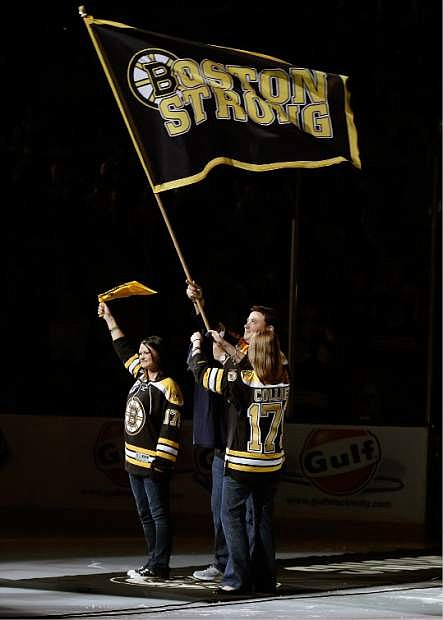 Rob Rogers, Jenn Rogers, and Jennifer Lemmerman, wave a Boston Strong banner before Game 3 of the NHL hockey Stanley Cup Finals between the Boston Bruins and the Chicago Blackhawks in Boston, Monday, June 17, 2013. The three are relatives of MIT police officer Sean Collier, killed during confrontation with suspects in the Boston Marathon bombing on April 15. (AP Photo/Elise Amendola) 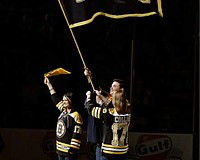