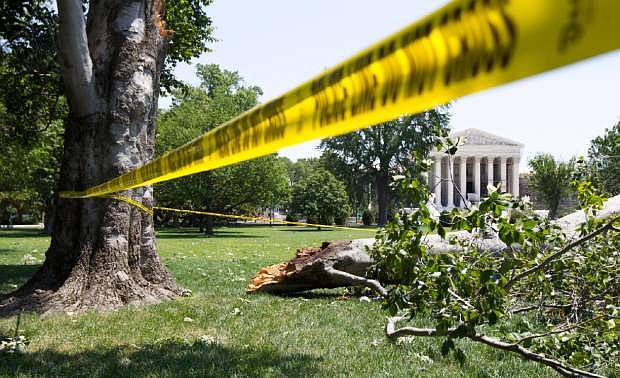 FILE - In this June 30, 2012, file photo, an American Beech tree is down on Capitol Hill grounds in Washington across from the U.S. Supreme Court after a powerful storm swept across the Washington region. A gigantic line of powerful thunderstorms with tree-toppling winds is likely to threaten one in five Americans Wednesday is as it rumbles from Iowa to Maryland, meteorologists warn. The massive storms may even spawn an unusual weather event called a derecho, which is a massive storm of strong straight-line winds spanning at least 240 miles. (AP Photo/Manuel Balce Ceneta, File) 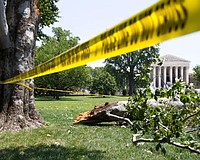