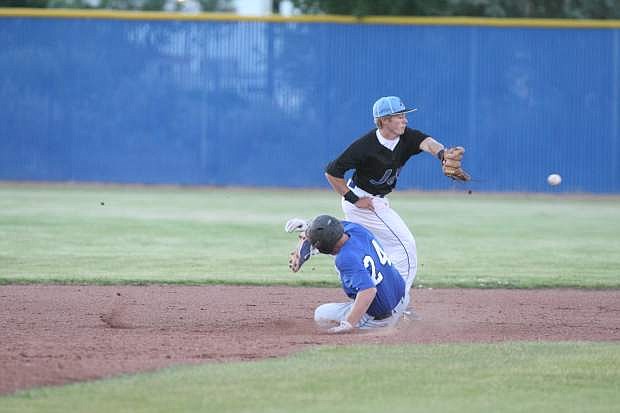 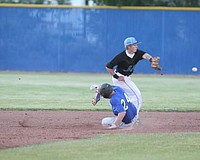 Moments after John Holton’s pop-up dropped untouched behind first base and brought in the winning run, Carson Blue Jays coach Bryan Manoukian had a wry smile on his face and half of his face was covered by his hat. It appeared that he knew his team had escaped another loss.