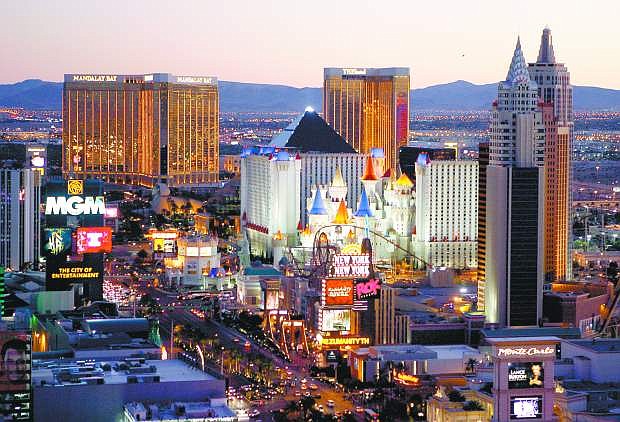 FILE - In this Oct. 20, 2009 file photo, hotels and casinos are lit up along the strip in Las Vegas. A report released this week detailing an extravagant conference held by federal employees near Las Vegas in October 2010 has set Nevada abuzz. The internal report by the General Services Administration resulted in the termination of two top deputies and the resignation of the little-known agency&#039;s top official hours before its release. (AP Photo/Isaac Brekken, File) 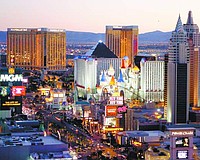