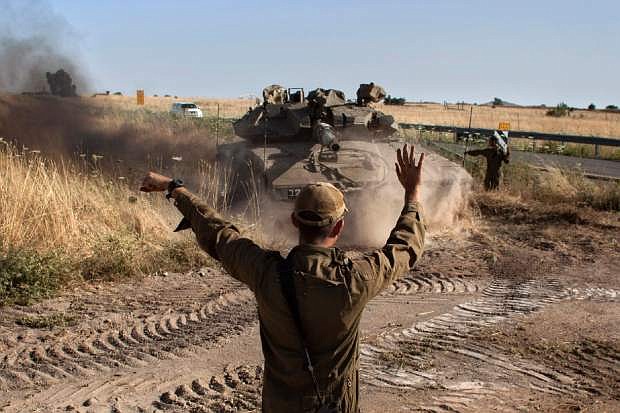 An Israeli soldier directs a tank near the Quneitra crossing with Syria, Thursday, June 6, 2013. Syrian rebels on Thursday captured a crossing point along a cease-fire line with Israel in the contested Golan Heights, a development that could deepen Israeli concerns over the growing role of Islamic radicals in the civil war near its northern frontier.(AP Photo/Sebastian Scheiner) 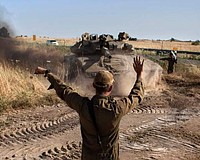