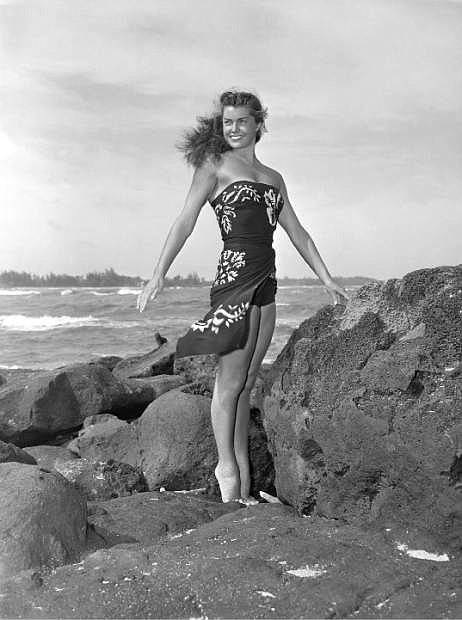 FILE - This May 1950 file publicity photo originally released by Metro-Goldwyn-Mayer shows Esther Williams on location for the film &quot;Pagan Love Song. According to a press representative, Williams died in her sleep on Thursday, June 6, 2013, in Beverly Hills, Calif. She was 91. (AP Photo/Metro-Goldwyn-Mayer, file) 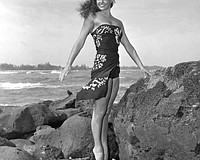